Think of guttering and drainpipes and I hazard a guess that you’ll be picturing something like this. Am I right? But functional things like guttering do not have to be hidden or dull. Playful approaches to guttering are not new, evident on a wealth of historical buildings if we take the time to look up. 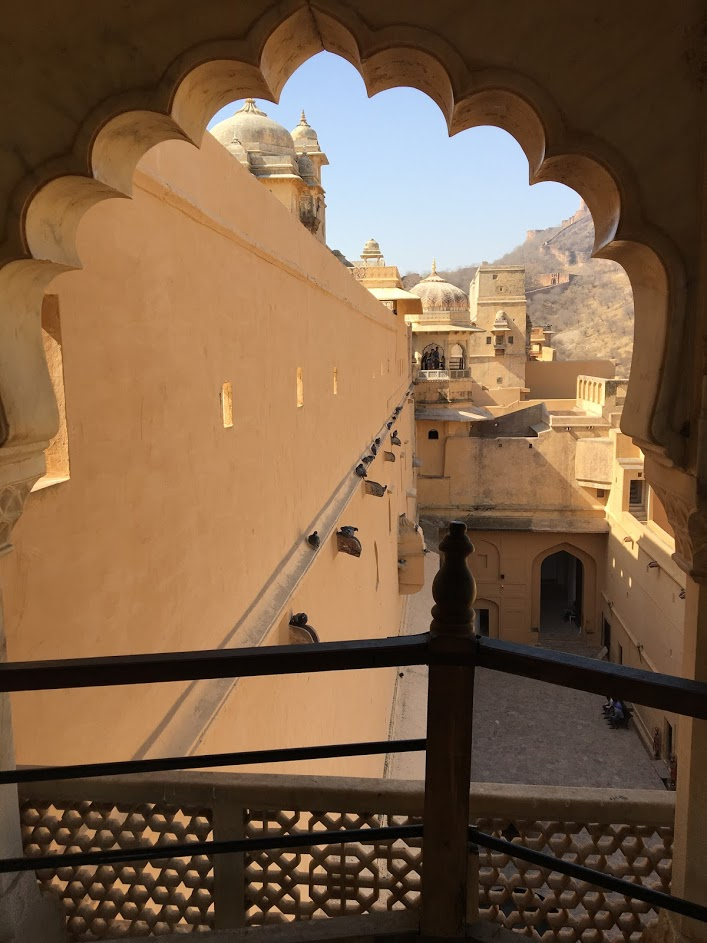 1 Sometimes subtlety is the most appropriate approach. With ornate details like this Indian arch, there’s no need to make a feature of managing water flow, so simple geometric openings suffice. In other buildings, prominent and scary gargoyles showcase architect’s playfulness, combining form and function with ease.

2 These over-sized channels on a university building playfully echo the slides of the young adult’s childhoods and the associated sense of release, freedom and fun – fitting evocations for an innovatively designed building dedicated to open mindedness and learning. 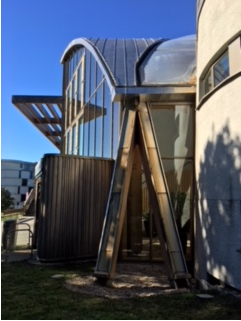 3 For this modern building in Budapest, the guttering and hoppers could so easily have followed the traditional straight up and down path, but instead the designer has skillfully used them to accentuate the building’s design, enhancing the details and form, much like the geometric lines so characteristic of Art Deco architecture. 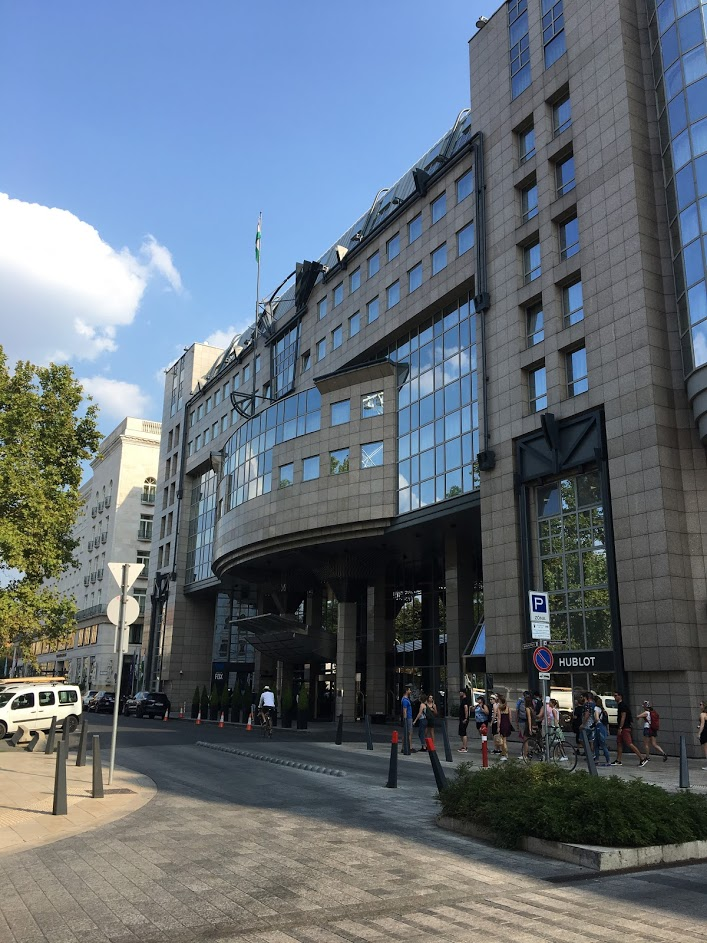 4 For the Naze Visitor Centre, an Essex Wildlife Trust building, the drainpipe has been re-imagined as a sculptural piece. Dripping like a chain necklace when dry, it’s so straight and still that you have to touch it to make sure its not a playful piece of trickery, with fused together chain links. When wet the chain strands encircle the falling water creating a mesmerizing water feature. With a wall of glass and views of the cliffs and sea not only does this cleverly avoid visually dividing the view, as more traditional guttering would, but it provides a playful feature to be admired as visitors within enjoy tea and cake in inclement weather! 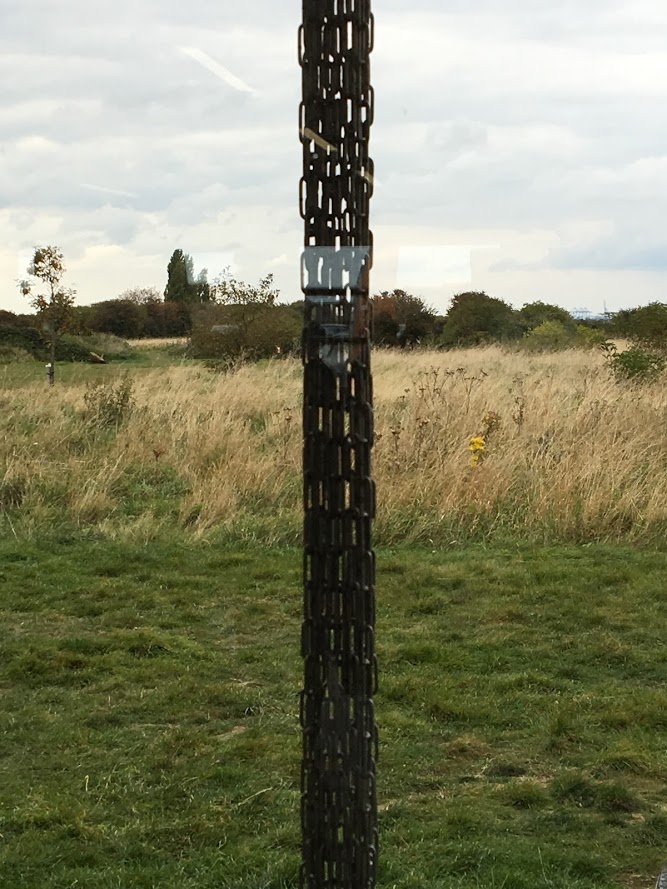 Strange as it may sound, playfulness and guttering are also natural partners when it comes to children!

Children love to play with water, perhaps because of its sensory qualities; wealth of sounds; ways of sparking or mirroring emotions, be it calming and absorbing or excitable fun; or because children love to move with their whole bodies and water does too! In the hands of a child some off cuts of guttering and lengths of pipes can free children up to a world of problem solving and make-believe adventures. Attach some pipes or guttering to an underused wall outdoors, (fixed centrally to enable them to pivot), provide some buckets and smaller containers and watch children’s experiments and cooperative skills flourish.

But as these young children demonstrated, the addition of water is not a pre-requisite to their productive use. The provision of a piece of broken guttering destined for the rubbish pile as it had a hole in it, became an added feature as children fed a selection of small objects, from conkers and corks to plastic milk bottle lids down the enclosed pipe, using the fortuitous hole as a spy hole and entry point for clearing blockages. The addition of some sturdy cardboard tubes added to children’s play, which was at times excitable and at others calm, not unlike a scientist at work.

For another child a long length of pipe became a tool for focusing yet also limiting eye contact in a one-to-one play therapy session. As the child controlled the position of the tube, it provided opportunities for developing attachment in an age-appropriate way.

I hope I've persuaded you that there's more to guttering and down-pipes than meets the eye and that we're never too old to play!

I’d love to hear your ideas and any challenges you may have to my wonderings!